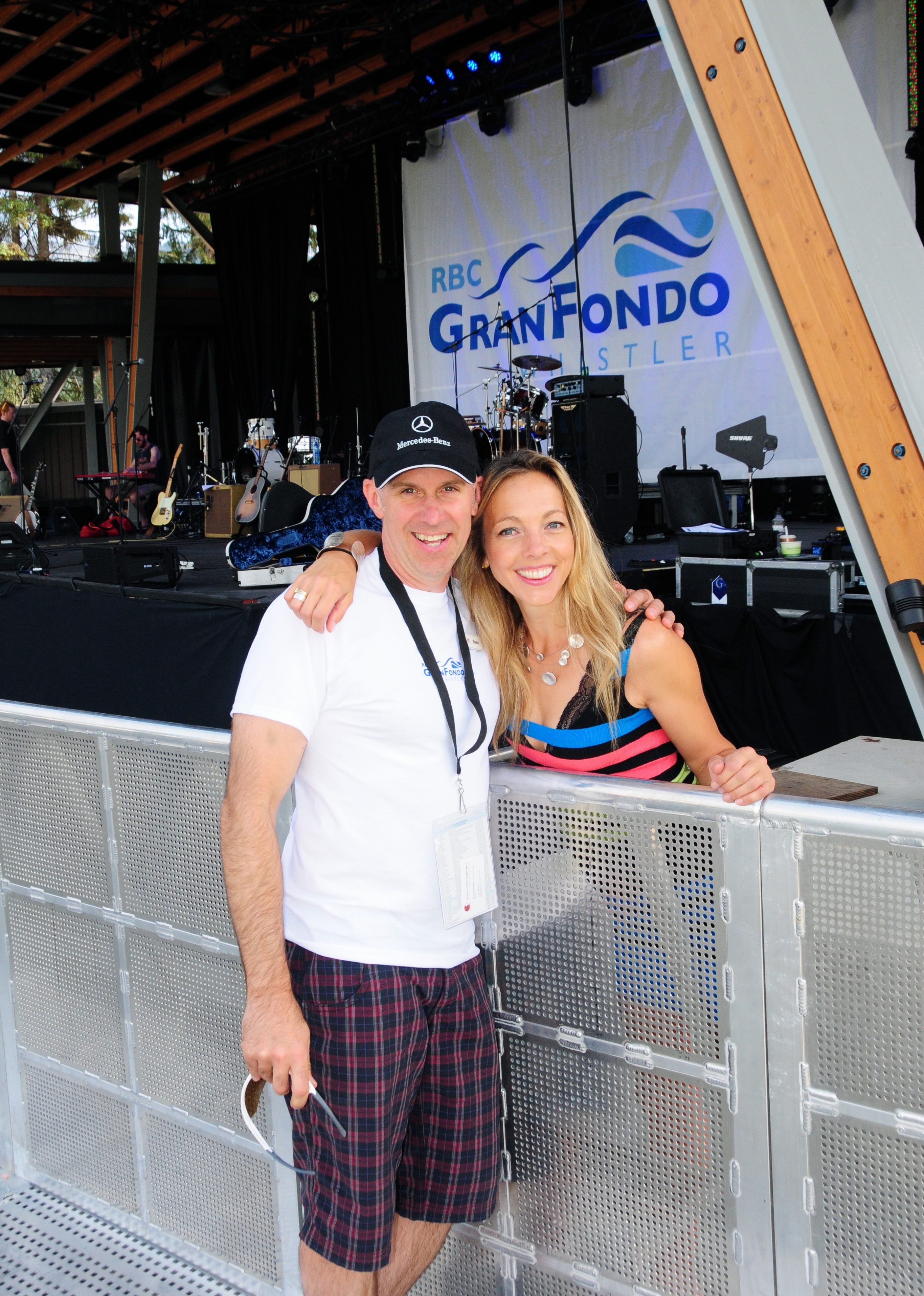 Singing the national anthem is a thrill and it’s such a great honour too. I last sang it at 6:30 am on a brilliant Vancouver morning at the world class GranFondo (Whistler) start line on Georgia St. It was September 5th, 2013. Next to me on the podium was police chief Mr. Jim Chu, the GranFondo event creator & president Kevin Thomson (https://www.facebook.com/kevingthomson), a spectacular announcer and a few policemen. Aprox 6000 cyclists wiggled around in the pre-start-gun phase. Glorious! But as the microphone was being passed over an angry man in a fancy hotel bathrobe abruptly intercepted it and shouted a message that sounded like “You and your stupid event…woke me up!” He was promptly peeled off stage, and after shaking off the bewilderment with a good singers stretch (more or less a yawn) I began. Later, I probably wasn’t the only one who wished I’d pulled the belt from this unmasked man’s his hotel bathrobe 🙂