Inside Story & The Bryan Adams Connection 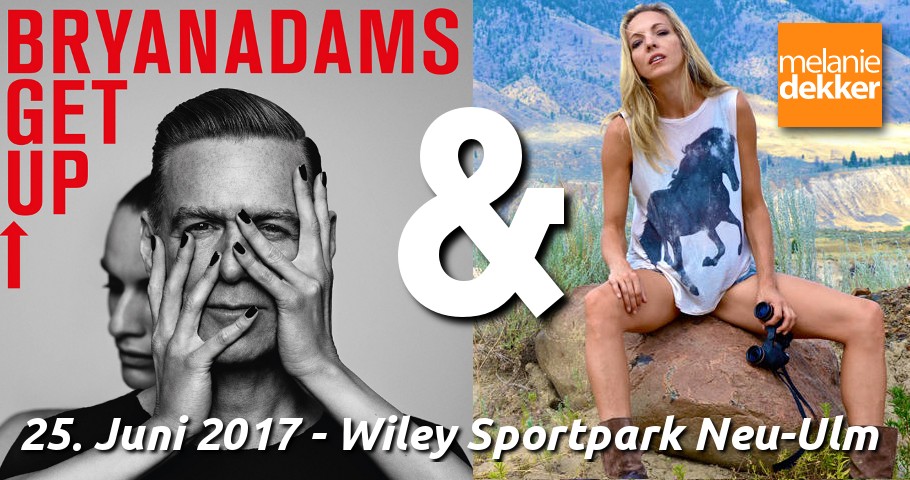 “Germany”called asking if I was available to open for Bryan Adams! And now the concert is in a few days and I’m on my way to Ulm, Germany 🇩🇪 with my bassist and producer Allan Rodger.

Christine Dueholm, the fabulous drummer from Denmark, will fly in one day later. My mama is already there:)!

But let me tell you, The Bryan Adams connection began in 1982. And the serendipity keeps me on my toes!

1985: My mom took me to my first stadium concert. To Bryan Adams at BC Place in Vancouver, BC. She asked me there and then, “Do you see yourself on a big stage like that one day, shyly I answered, “yes”.

1986: The Seycove music 🎶 teacher 👨‍🏫, Dan Ramsden, encourages me to sing “Summer of 69” in front of my high school. Seycove Secondary in Deep Cove. He builds a band around me. (No phones or video cameras 🎥 rolling then! I think I slay it but it was likely terrible)

1996: I am volunteering part-time as a stroke therapist and Bryan Adams mom comes through VGH.

1998: I’m playing a party in West Vancouver. I’masked to sing 🎶 “Cuts Like A Knife” and two ladies join me at the top of their lungs on the “na na na” part. Afterwards Keith Scott (longtime guitarist for Bryan Adams) comes up to me and says with a 😏 smirk and a smile, “thanks”. Keith then grabs his acoustic guitar and jams with me for the rest of the night.

2000: I’m performing a concert in the park in Kamloops BC. The radio station invites me and my girlfriend to the Bryan Adams show.  They flub up on the tickets so we don’t get to their booth (private suite) and are unable to contact the famed Henry Small who’d arranged it. However, we’re graciously led by staff to wicked seats close to the stage (didn’t pout for long). Mid-concert Bryan calls out to the crowd tempting the most enthusiastic girls; he searches out and invites one on stage to sing “When you’re gone”! My girlfriend was flailing extra wildly, shouting and pointing at me, and it caught his eye (thank you LeeAnne), and as fast as lightening a spotlight was on me, and Bryan points and says, “Yes the one that looks like Brittany Spears” (Ha-ha). Security swiftly got me to the stage, and as I passed Keith Scott on the stage I could see he recognized me. Worlds colliding. Meanwhile the radio station folks in their private suite fell over each other grasping for binoculars. “No way!!!” It sounded super sweet and loud up there and…somehow familiar. Super fun!

2017: My former German manager, Thomas Bauer, who runs an excellent renowned restaurant called Einstein’s (http://www.cafeeinstein.de) is a great friend’s with Charlie. They go way back. Charlie and Thomas were both owners of the same music store, and today their businesses are by chance side by side. Donau 3 Radio (http://www.donau3fm.de) and Einsteins Cafe are next to each other in Ulm. One day Charlie (a big fan of mine and a friend of Thomas’s) comes in to ask Thomas how he can get Melanie Dekker on the bill with Bryan Adams. Donau 3, Allgäu Concerts, & Live Nation shook virtual hands on it- and here I am!

3 thoughts on “Inside Story & The Bryan Adams Connection”