‘For Christmas’ single by Melanie Dekker 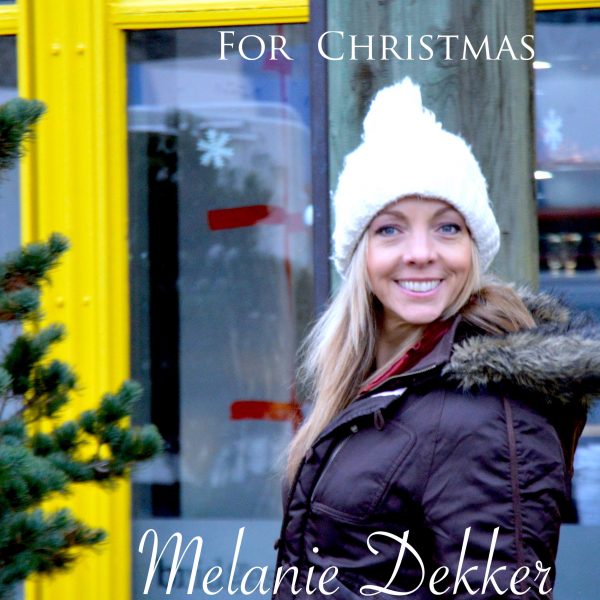 Here is a feel-good Christmas song!

Melanie Dekker’s self-penned “For Christmas” single. The theme of the song is ‘keeping your dreams alive’.
It was softly released in 2017, and released to radio stations and download platforms in 2018.

The Story Behind the Song

The song “For Christmas” playfully addresses the different folklore attached to people’s vision of Christmas, and then begs the listener to keep the dream alive. Spiritually this is both a sentimental and a feel good song, which fits into Melanie Dekker’s repertoire style. “Naturally keeping my own dreams alive hits a chord, and fills the lyric with a double meaning.”

“FOR CHRISTMAS” was written with former touring partner and virtuosic guitarist David Sinclair, days before Melanie finished the final recordings of her Secret Spot record. David said, hey, what about this chord ‘under the Christmas Tree’, we laughed and added both the chord and the lyric to the bridge. Melanie had imagined this as a duet and none better would be the man who lead “Bah Humbug” for 30 years in Vancouver, Canadian blues legend Jim Byrnes . There was unmistakable Christmas magic together, and boom!…perhaps a timeless Christmas classic hit was born!

The youtube video for the single was part of the soft release (before addition of Jim Byrnes): https://www.youtube.com/watch?v=XAx_Q0fKfs8&t=6s

There is as 2nd recording of this song, as it was later recorded live off the floor again while making “THE NEW OLD FASHIONED WAY” Christmas album in 2020.

Best wishes and mistletoe kisses,  100’s of songs we all know
Show off your Christmas sweater, This year it might even snow

There may have been 3 kings and Mary, A baby boy’s birthday
You could be gift giving like old St.Nick, Or have reindeer guide your sleigh

All I want for Christmas
Is to to keep the dream alive
Where Peace & Joy & Harmony
Stay close, all year, by your side

Misguided by meaningless things, It’s time to put the elf on the shelf
Fruit of knowledge of good and evil, Reminds ya think outside yourself

Believe what you believe, Wrap it nice n pretty
Look up at the stars, Or under the Christmas tree

Behind the scenes making the song & experience fantastic are: