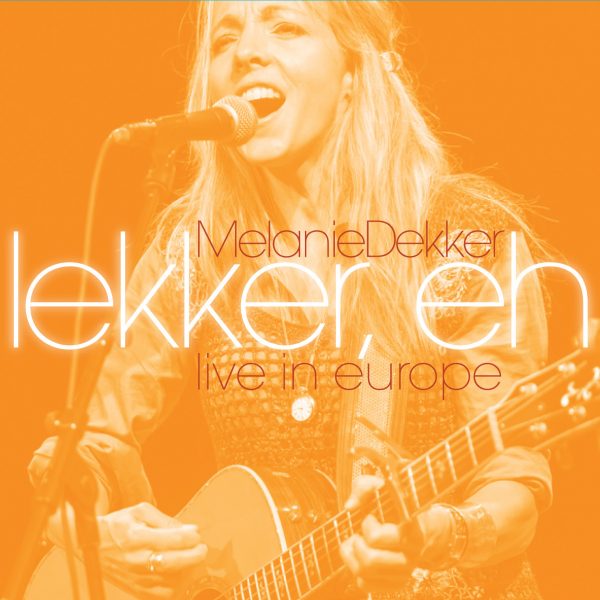 Lekker Eh?! Tasty don’t ya think?!  A Dutch/Canadian expression that sets the tone of the live collection of songs. “Tasty, wouldn’t you agree?”

Canadian hit singer-songwriter & world class strummer, tours her ‘voice like chocolate.’ The album has a display of Melanie’s acoustic guitar along with Sinclair’s electric.

These Live Recordings were captured at various concerts in Germany and The Netherlands in Autumn of 2014. Honest, pleasing and sweet.

Melanie had no intention of making this album, it just ‘is’ or ‘was” the way they played it and heard it and enjoyed it, in 2014.

A very special live LEKKER collection of songs previously recorded on her previous albums – This time, you can hear the smile as you listen.

Lekker Eh – Where you can find more:

Lekker Eh and more albums are available for you on iTunes, Spotify, & Melanie’s albums here in her website store.