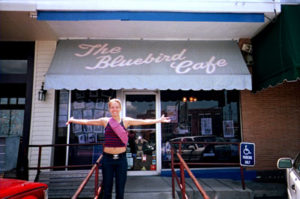 Toronto’s Bluebird North was hosted by Canadian legend, Murray McGlaughlin at the Rivoli. I was a bit of a giggle girl when I met Murray due to the new Ontario beer I was trying which was good! Plus he is just a good humored and sweet guy. The S.A.C (songwriters association of Canada) had booked another standing room only night and I felt proud to be part of it. The lonesome road of music feels so friendly and seems to make so much sense when other writers are up on stage with me spilling their guts (their craft!). I wrote a song with Erica ehm that was a little too 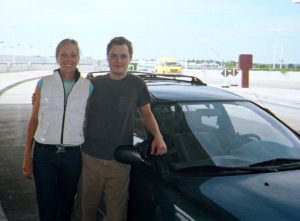 fresh to try that night but I hope to play it live soon. It’s about letting someone in on a secret that will “Blow Your Mind”.

The cutest and coolest guy ever was my driver from Nashville down to Huntsville … and for most of the rest of the trip. Adam’s stories and questions were philosophical and quirky and art related. The only distraction I had from his world of wonders was the highway side Booby Bungalow (it is what you think it is!)- what a obscure site, amongst the beauty of the green rolling hills in Tennessee and Alabama. I quickly learned of new dangers in this land: Mosquitoes carrying the Nile virus and Tornados. Some people have CO2 machines pumping out on their porches to keep mosquitoes away and others have tornado shelters built right into the core of their homes! 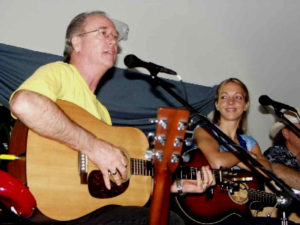 My show was in the Gooch café. What an awesome restaurant and show place. Apple pies and pies and pies and a sold out room. This was truly a bluebird south. Jim Parkerwww.JimParkerMusic.com hosted the acoustic series of 4 songwriters with great stories and great songs. I had such a great time listening to all the songs that I felt like I bought a ticket to be there! I noted then that we weren’t really in Hunstville anymore- we had drifted further south to … Madison.   In Madison, where I lay my head for a few nights (at the guest room of the Parkers), the houses were mostly red brick, with garages tucked in the back and large front porches. some had a little historic sign showing the names of the original owners and the year the house was built. 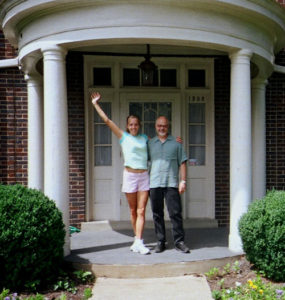 www.GaryNicholson.com took me on as a west wing house guest.  (Vince Gill / Delbert McLinton) will show just how wonderful Gary’s journey as a songwriter has been. Gary played a couple songs for me and I heard a new element in songwriting that has inspired me in my own music-the story telling that brings a smile to the listeners face. Barbara and Lysa run the attachment parent organization-supported by Oprah and spreading wonderfully around the world; it brings awareness to mothers of the new born child’s progression and needs and shows the proven positive results nursing. I was really into their theories and excited about their new book showing the relationship of the criminal brain and their upbringing. One of the Nicholson’s sons, Travis, has a band that was scheduled to record their first album days after I got to hear them rehearse and totally dug the music that Justin Earle’s (Steve Earle’s son) and his young “guy” band have created. It was hip hillbilly sounding country. I got to sit through a couple of Travis Nicholsons self produced and filmed commercials and country artist videos too- he is sure to be a fabulous renown filmmaker any. 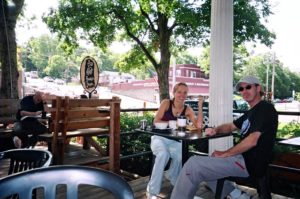 I wrote a new song with Gerald O’Brien (Amanda Marshall) called “Girlfriend”. I got to enjoy a coffee shop called Fido which used to be a pet store and they still sell dog T-shirts and other lingering memorabilia. I got to do play a show at the bluebird that was with other clever writers and a wonderful sound-tech. Steve Schuffert (extraordinary artist) came to my show and he heard about it from Fortune records in Germany! Wild.  Wild, if only the walls in there could speak! I got to see more shows there too. Everywhere in Nashville there is music, there is art, there is film, there is this amazing country hall of fame (includes Elvis!), there is history, there is a neighborly vibe, good food, and the most wonderful buzz. I can’t wait to go back.

The MOVA USA songwriting contest from September 2002 received International Showcase tour support from FACTOR which brought on this 2003 Bluebird tour.